I know it's November 4th. The fourth will come later.

For the second and third days of thanks. I can't think of any thing better than these two. 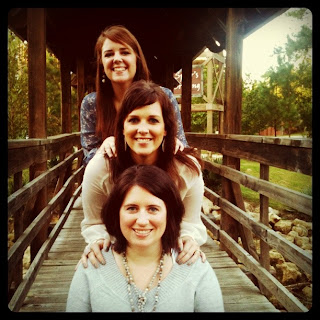 #2.
My sister, Amanda. Words can't even describe the ways that I'm thankful for this woman. Such a loving example of how to be a Godly wife and mother. I will forever be in debt to her for all the phone calls and words of advice I've needed (and continue to need) over the years. Not to mention the rides to dance, meals she fixed for me and hours she spent babysitting me.. :)

#3.
My sister, Jamie. Well, thank God we've grown away from our younger days of disagreement. I'm always grateful for Jamie's nonjudgmental nature- constantly accepting me where I am and encouraging me to be more. I rarely welcome her frank honesty but somehow I'm always appreciative on the other side.

Without these two, I wouldn't be me. But, really. If you knew them you'd know I'm the exact blend of the two. Some days I'll look like Jamie and others like Amanda. Some days I'll act like Jamie and others like Amanda. I can only pray that one day I'll love my children the way these two do. I'm grateful for the opportunity to watch them mother. It's such a blessing. Love you, sisters. :)

Posted by Unknown at 1:26 PM No comments:

the struggles of this season, the thoughts and concerns, the wonders and worries have been incessant since the coming of this new life.
That's why I've been keeping the blog in the dark. In some seasons of life, the darkness of night is just where you are- awaiting for the breaking of dawn, awaiting the light to shine. But, neverthless, it is the Love that Will Not Let Me Go that has been my beaming light. The Lord has given bountifully is many ways- with His overflowing grace and mercy and his continual provision for my vapor of a life on Earth. During this month of November, I'm planning to blog daily on things in my life which deserve thanks. 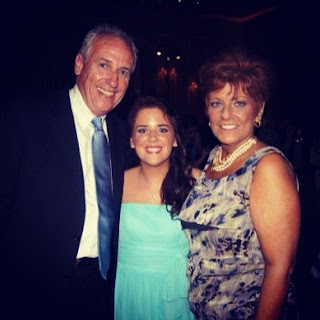 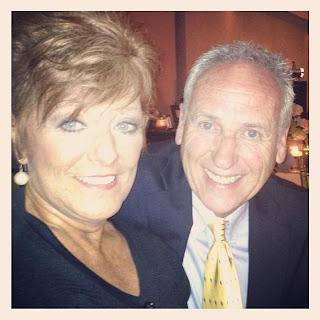 Every child disagrees with her parents. This child struggles with the desire to please her parents. But every child does not have the support that I've been given from my mama & daddy. Such precious people my parents have become to me. Because they are that- beyond being parents, they are people. I've learned to respect them and love them for who they are and be continually thankful for how they raised me and support me.
So, here's to you Jimmy & Kathy, and here's to many more years of laughter and learning together.

wow.
i just read every entry i've made on this blog. it's so interesting how I can so intensely feel the emotions I was having at that specific point in time.
it's funny how God teaches me things repeatedly. He's so gracious.

well, it's September 2nd. tomorrow will be one month from when I came home from camp and that seems like ages ago. this transition has been difficult as i expected, but different.
gosh, so much in my head.
things God is showing me: (1) He is the only permanent. This place, my job, my friends, etc won't be with me always. He will.
(2)relationships are hard, complex and complicated. to really, truly love someone is to be selfless in your love for them. not selfish, wanting to satisfy yourself in some way from your friendship with them.
(3)adult life is full of responsibility. but is also is full of JOY if you trust Him.
(4)i've been overwhelmed by this list of "ideas for my life" i feel i must accomplish soon. like get married, as if i have any control over that.

i'm so thankful for this season at Fondren Church. i've been blessed by gracious volunteers and people who want to know and love me. i've seen the behind the scenes of church and haven't been scared off yet. God uses people despite our brokenness, thankfully.

this journey with Jesus is for the long run. I still need Him every day. every moment of every hour. I need Him to show me my brokenness and lead me to His feet. This post-grad life is unlike anything I've every experienced before (obviously) and it's difficult. but I'm increasingly thankful for God's ever-present hand in my life.
Posted by Unknown at 10:00 PM No comments:

In the Blue Ridge Mountains of Merri-Mac...

Two and a half weeks remain for my time at Merri-Mac.

This summer has been beautiful thus far. The Lord has taught me more about His steadfast love, faithfulness and sovereignty.

His sovereignty has comforted me when I've felt nervous concerning my job this fall. His steadfast love has reminded me that despite my failures and insecurities, He loves me all the same. He has proved faithful in growing me from my time last summer at camp. God has guarded my heart and blessed me with community, accountability and unexpected friendship during these weeks at Merri-Mac.

In the weeks to come, I am positive that He will continue to prove faithful in providing what I need for this next season of life. I'm grateful to God that He is my sustainer and refuge. Transitioning home from camp is always tough, and I expect nothing less this time around. Sweet Jesus, teach me to embrace the change of seasons.

Hello, adult life. See you in a couple weeks!!!

mkaystew
Posted by Unknown at 10:23 AM No comments:

there's a time for asking yourself if you really believe what you've been saying you believe.
i think this is healthy.
saying words repeatedly, even for years, does not mean that you actually believe what you are saying. it doesn't mean you put trust in those words. it does not mean you would stake all that you have for those words that you are saying. so, if saying it doesn't mean you believe it, what does?
Living like you believe it.
this post might be a little too raw, but my heart is raw tonight. so i'm going to share it.
while reading psalm 84 tonight, I came across verse 11 which reads:
"For the Lord God is a sun and shield;


from those who walk uprightly"
One of the side notes led me to Psalm 34: 9&10 as well...
Oh, fear the Lord, you his saints,
for those who fear him have no lack!
The young lions suffer want and hunger;
but those who seek the Lord lack no good thing.
I'm left asking myself: do I believe that because I have God I lack nothing? I have everything I need? I have all the GOOD I will ever have because I have the Lord?
If I choose to say I believe this, how am I acting this out?
I'm not.
I am constantly seeking more,
rejecting that He is enough.
I'm seeking wholeness in Him.
this means sacrifice. this means rejecting the world. this means change.
the bottom line is that He is enough. but every time I choose my way over His, I'm rejecting that fact.
Jesus, forgive me.
Posted by Unknown at 10:30 PM No comments:

brokenness is my condition without God. broken is my warped mind and skewed view of myself and life in general.

fortunately my condition changed when I trusted Jesus years ago. I was hidden in Christ with God, seated at His right hand... My condition forever changed. Because of what Jesus did for me. He interceded. He paid the price that a just God demanded.

this is a small glimpse of what God is teaching me. He controls all things, all timelines. He ordains relationships. He brings beauty from suffering.

i'm learning that the junk in my heart is forgiven by Jesus. so I need to let it go. Forget my flesh and cling to the cross because He is sufficient.

Plans for post-graduation are minimal.. but today I committed to Camp Merri-Mac for yet another summer. Knowing that my previous two summers are so completely different, I'm curious to see what this one holds.

Praise the Lord for being all knowing, all sufficient...and worthy of my all.